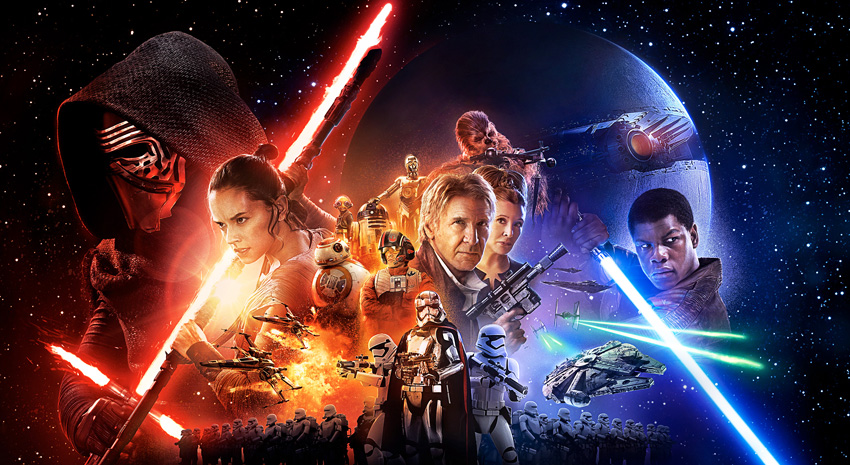 In case you have been living under a rock this past year, the long awaited release of Star Wars: The Force Awakens is here.

After finally getting around to watching the film last night, it’s fair to say it certainly lived up to expectations.

From the opening scene which had members of the audience clapping and cheering, it’s fair to say the hype around this film had a special impact on each and every member in our screening.

While half of our office has already seen the film, the remaining team refuse to hear or see any spoilers and so I have written this review and ofcourse tried my best to leave out any details that may spoil it for the rest.

If there is one sentence that sum’s up the film’s entirety it’s this:

“Star Wars: The Force Awakens is the the most entertaining film of 2015”

Now if we ignore the prequels (and who doesn’t), there hasn’t been a solid Star Wars film in 32 years.

JJ Abrams (the man behind Star Trek, Mission Impossible 3, Lost and Super 8) and his team have succeeded in augmenting the original trilogy where even George Lucas could not.

The Force Awakens offers more of the same to a degree that I found surprising. It takes many of the familiar elements of the original trilogy and mashes them up into a new narrative. There are desert and forest worlds, gleaming starships, scary tentacled aliens and tense lightsabre duels, all fuelled by the interpersonal drama that’s always been at the heart of the series. 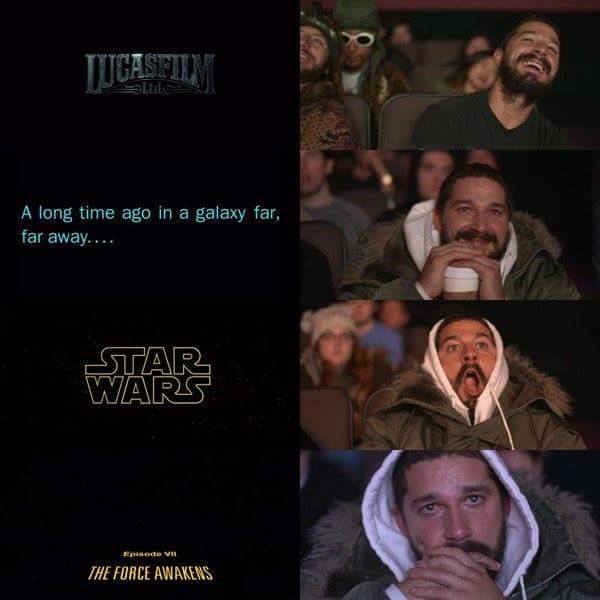 The exact reaction of the audience

The déjà vu throughout the film is intense – just about every scene feels reminiscent of something that’s appeared before but with a new spin.

Director JJ Abrams breathes an abundance of new life into not only the film, but into the franchise with the new cast that features alongside the familiar favourites.

It’s hard to discuss a film without revealing a little bit of the plot but you can expect tons of action, world class cinematography and a hint of comedy – especially between Han Solo and our favourite wookie Chewbacca.

In the end though, the important thing is that the film delivers what we love about Star Wars in spades.

While it obviously appeals to Star Wars fans, it’s a film that can be enjoyed by all audiences – Nobody will be unhappy.

If you haven’t already seen Star Wars: The Force Awakens, do yourself a favour and book yourself a ticket!